Ia Orana!
On behalf of Mata’irea Polynesian Culture Preservation (MPCP) we are very proud to announce our inaugural Te Fa’a Nō Te ‘Ori Solo and Drumming Competition. Our mission is to build a strong partnership with the Polynesian people and foster awareness of the culture to our community.

Learn Tahitian dance. Do it for fun. Do it for fitness. It’s not too late to sign up. Open Enrollment runs until the end of April 2016. 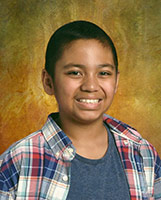 Joseph “Jojo” Paciano Quilantang 08/09/01 – 02/26/16 Jojo began his battle with cancer on December 20, 2007 when he was six years old. After surgery, chemotherapy and radiation, Jojo was in remission for about seven years. It came back in October 8, 2014, and later on September 28, 2015. No matter how many obstacles he encountered–whether it be nausea, headaches, neutropenic or homework–he kept fighting until his last breath. On Friday, February 26, 2016, heaven gained an angel. Jojo was an inspiration to many. He was a loving and caring young man. He was smart, funny and a joy to be around.

“Tahitian legends share stories that teach positivity and hit close to home,” says Stockton native Melanie Marie Amen, in regards to her life-long involvement in Tahitian culture. “My siblings and I were born into it.”

The Kiki Raina Tahiti Fete has earned the title of the oldest ongoing Tahitian dance competition outside of Tahiti, held annually without fail, and remains the only event that has a beginner category. Their goal is to ensure that participants from all around have the chance to build self-esteem and train for the sake of improving their basic skills, whether it is by competing in individual solos or through group performances.